Originally introduced in 1959, only 75 cars were ever built to this specification.

So iconic were these limited run cars that over the years several ‘continuation’ cars have been built, with latterly Aston Martin Heritage running a small number of GT SWB cars for track use only, & for a limited & invited only group of lucky purchasers.

The car on offer today at Bell Sport & Classic, was originally supplied back in 1960, to a Mr G. Claridge of Berkhamstead in Hertfordshire, as a regular DB4 Saloon.

Originally finished in Peony Red, with White Gold (Cream) Hide, our car went through several owners throughout the 60’s & 70’s, spending many years in the north east of England. The car remained in storage for a number of years with Goldsmith & Young, renown Aston specialists. It was whilst with them, that it found a new keeper in 2002, who decided to undertake the conversion to GT SWB specification.

The conversion work was carried out to the highest standard, under the guidance of John Goldsmith, with the bodywork being removed, and the chassis work all carried out to original SWB GT specifications.

This is a car that has been built to exacting standards & represents amazing value today against the potential cost of the original item. 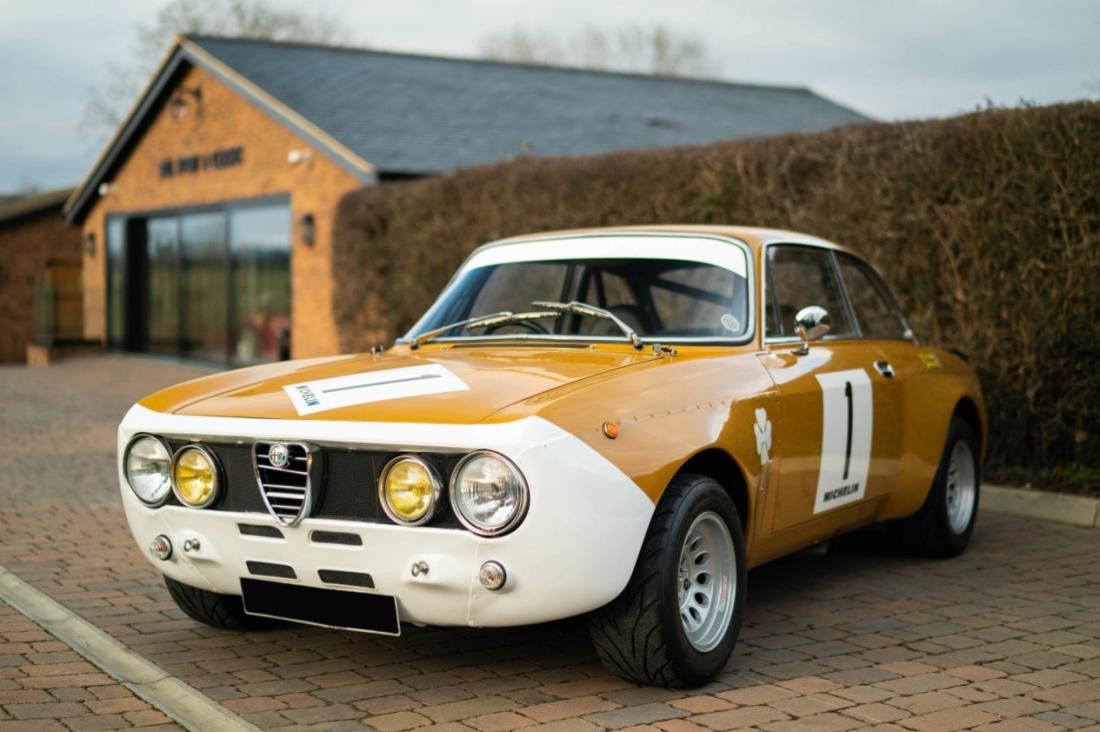